Ruhr Fellowship in the “Cradle of German Industry” 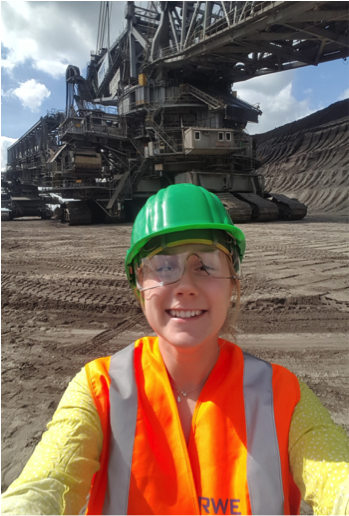 After only two semesters of accelerated German, Alexandra Grizos ’17 received the prestigious Ruhr Fellowship and spent this Summer in the Ruhrgebiet immersing herself in both student and work life. Here you can read about her experience in her own words.

“The first month, which consisted of German class and company visits, was a great way to get acclimated to the culture of everyday life in Essen. We took a class at Universität Duisburg-Essen, but visited Universität Bochum (which was huge!) and TU Dortmund. We went to a lot of open air festivals and ate a TON of Döner :) We also visited Prague, Vienna, Amsterdam, Köln Munich, Berlin, Stuttgart, and Heidelberg. We also visited the Denkmal für die Ermordeten Juden Europas, which was even more stunning in person. Another thing that struck me was the culture behind graffiti that we had talked about in class. The graffiti was not only common in Berlin, but also in Essen and Düsseldorf. Even the hospital I worked in had a graffiti wall inside.

I spent the second month working at Elisabeth Krankenhaus Essen. Being able to work at a German company was the most challenging and rewarding experience of the two months. My office spoke entirely German so there was a strong language barrier at first between myself and the other employees. It was tough and tiring to try to communicate at first. There were a lot of times where I had to ask people to repeat themselves or explain words. But honestly it was the best experience I could have hoped for because every week it became easier. By the end of the four weeks I felt comfortable going to lunch with my coworkers and conveying my thoughts/personality. “