From the Ottoman Empire to Auschwitz: Sephardic Jews and the Holocaust 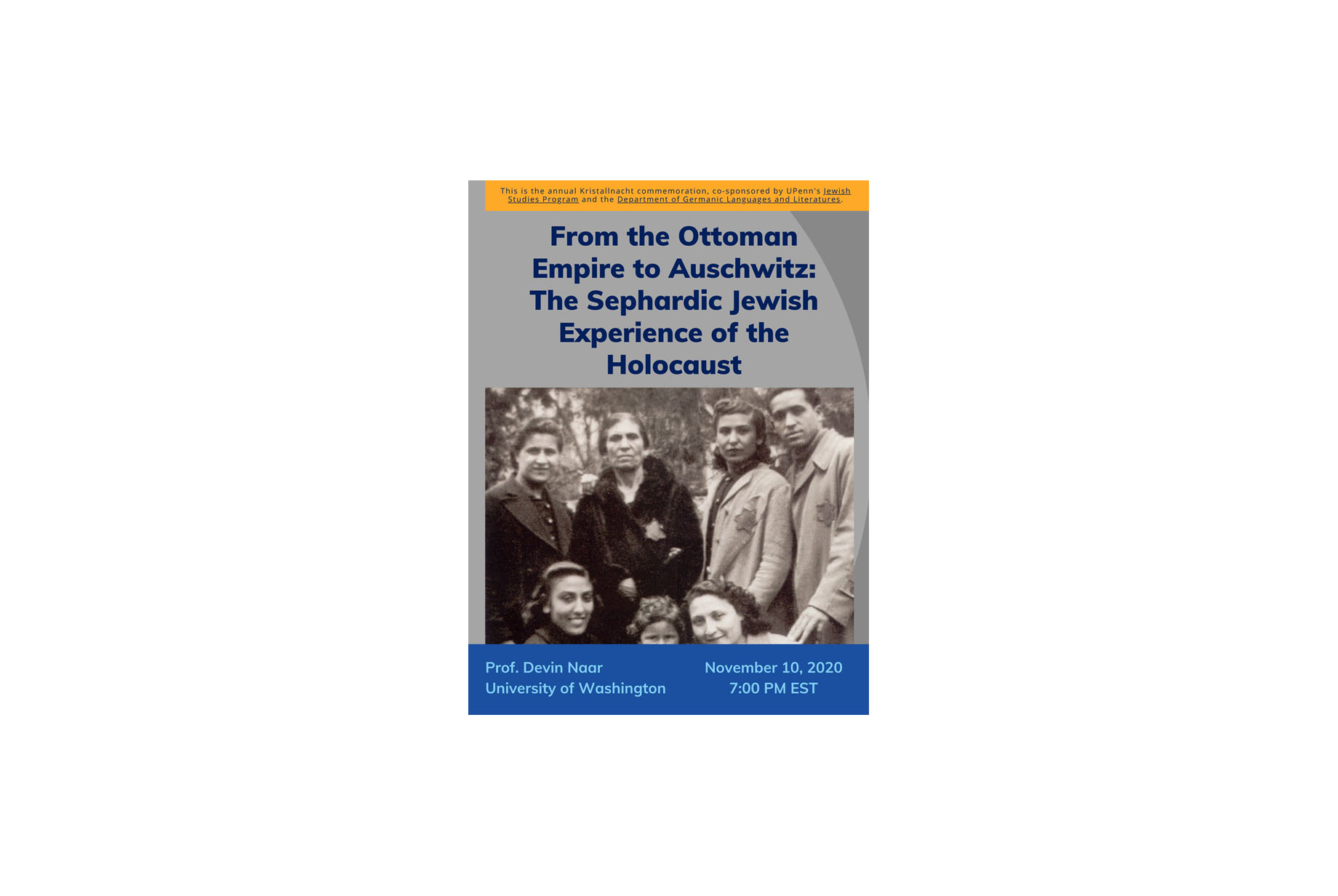 Although usually understood as a "European" event, the Holocaust also resulted in the murder of tens of thousands of Jews born in the Muslim world of the Ottoman Empire (e. g., today's Greece). Grappling with the distinctiveness of the experiences of Sephardic Jews compels us to expand the scope of the Holocaust into the Mediterranean world, to link it to other acts of mass violence in the region such as the Armenian genocide, and to better grasp the full reach and destruction of the Final Solution.

Devin E. Naar is the Isaac Alhadeff Professor of Sephardic Studies and associate professor of history and Jewish studies at the University of Washington. A former Fulbright scholar to Greece, Naar received his PhD in history from Stanford University. He is the author of Jewish Salonica: Between the Ottoman Empire and Modern Greece, winner of a 2016 National Jewish Book Award, and is currently working on a new book project: "'Another Race Problem': Sephardic Jews, Racial Hierarchies, and Migration in the American Empire."

This is the annual Kristallnacht commemoration, co-sponsored by the Jewish Studies Program and the Department of Germanic Languages and Literatures.