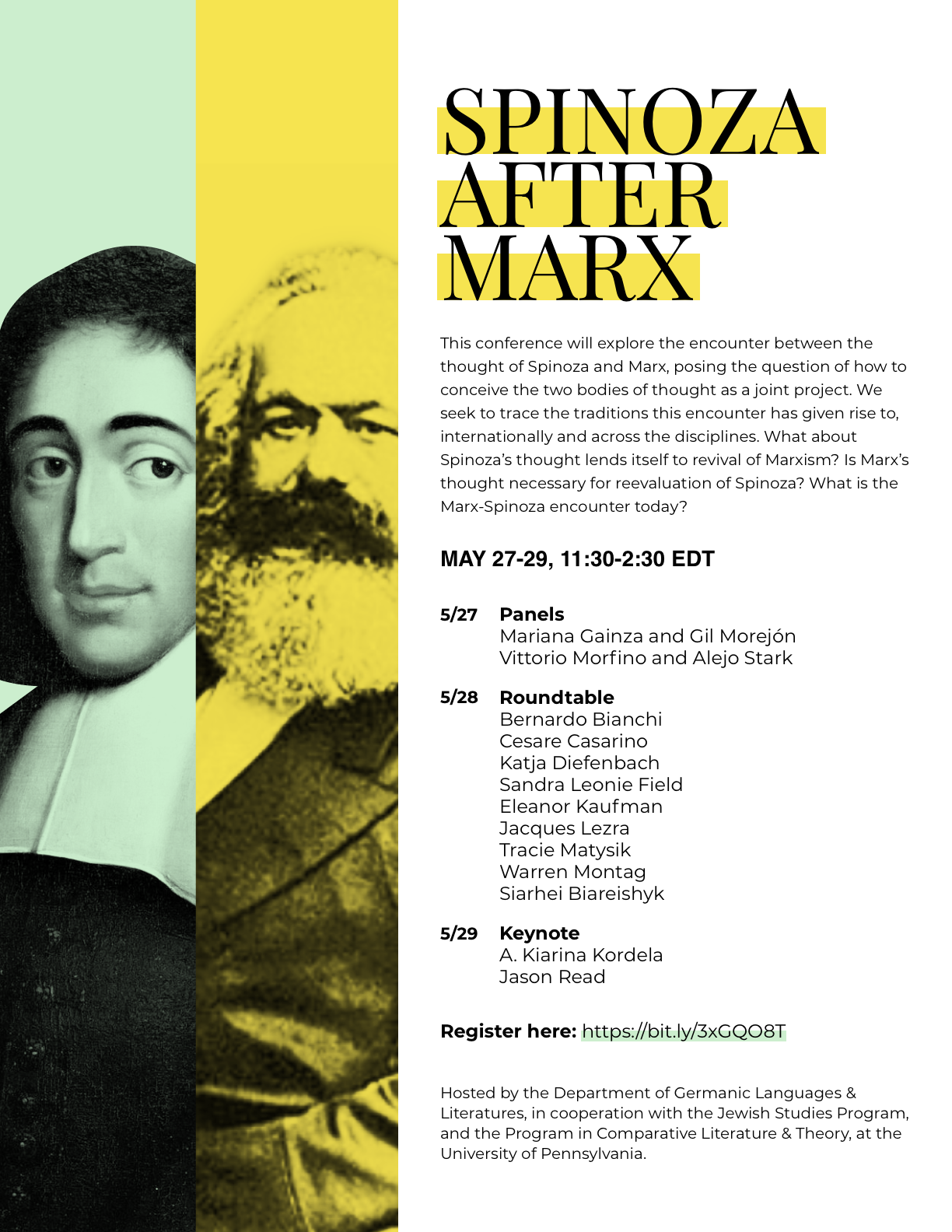 Hosted by the Department of Germanic Languages & Literatures, in cooperation with the Jewish Studies Program, and the Program in Comparative Literature & Theory, at the University of Pennsylvania.

This conference will explore the encounter between the thought of Spinoza and Marx, posing the question of how to conceive the two bodies of thought as a joint project. Produced in tandem with new political formations and demands, the interpretations of Spinoza that emerged in the second half of the twentieth century sought a break with traditional western metaphysics, rethinking the very terms on which philosophical and political debates took place. This revival proved especially fruitful among Marxist theoreticians—yet their modes of reading Spinoza, and of combining his thought with Marx’s, have been heterogeneous and often conflictual. We seek to trace the traditions and faultlines this encounter has given rise to, internationally and across the disciplines. What about Spinoza’s thought lends itself to revival of Marxism? Is Marx’s thought necessary for reevaluation of Spinoza? What is the Marx-Spinoza encounter today?