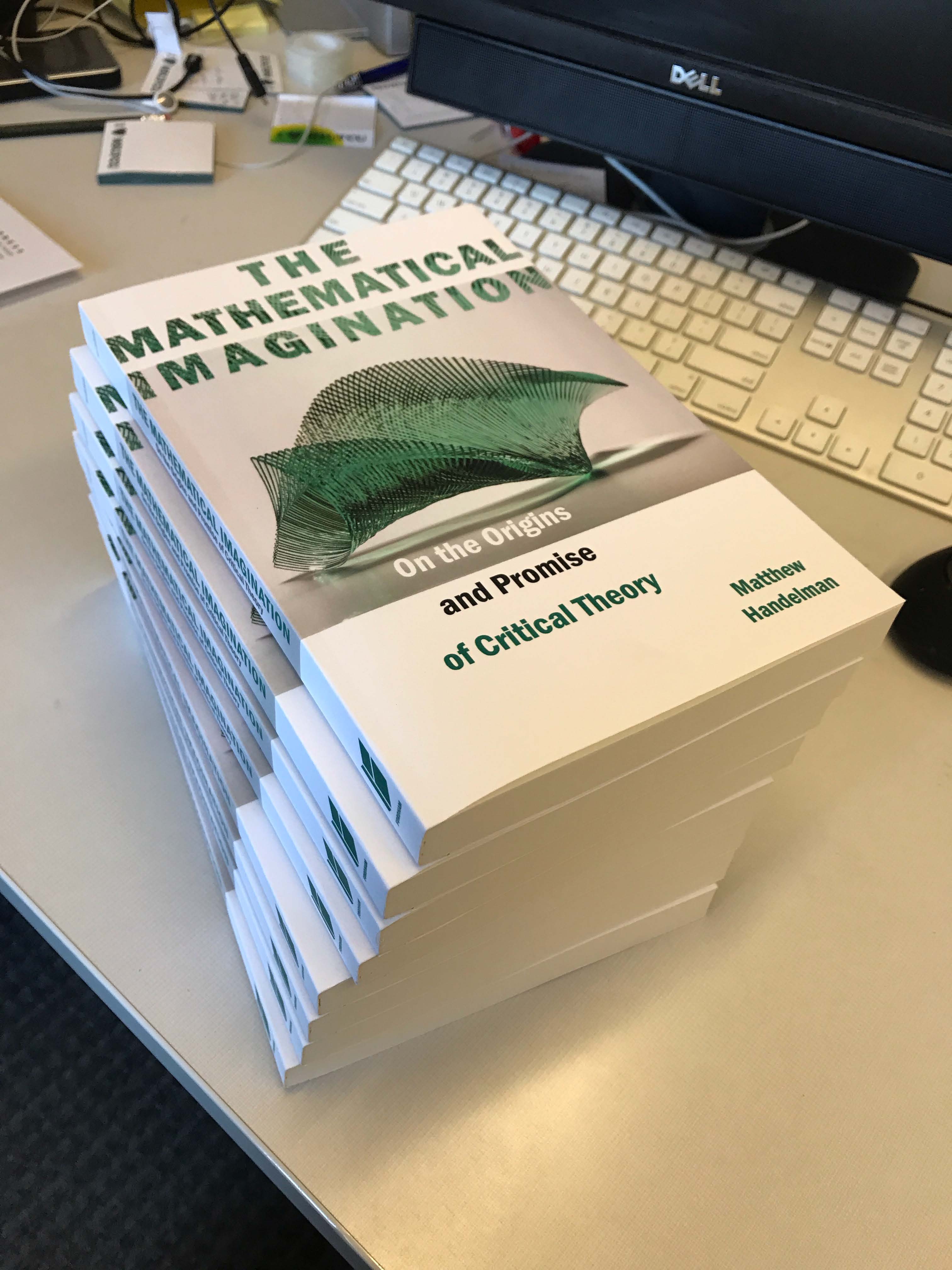 Penn German PhD Matt Handelman has published his first book, entitled The Mathematical Imagination: On the Origins and Promise of Critical Theory. Handelman is assistant professor of German and a member of the Core Faculty in the Digital Humanities at Michigan State University. His book offers an archaeology of the undeveloped potential of mathematics for critical theory. As Max Horkheimer and Theodor W. Adorno first conceived of the critical project in the 1930s, critical theory steadfastly opposed the mathematization of thought. Mathematics flattened thought into a dangerous positivism that led reason to the barbarism of World War II. The Mathematical Imagination challenges this narrative, showing how for other German-Jewish thinkers, such as Gershom Scholem, Franz Rosenzweig, and Siegfried Kracauer, mathematics offered metaphors to negotiate the crises of modernity during the Weimar Republic. Influential theories of poetry, messianism, and cultural critique, Handelman shows, borrowed from the philosophy of mathematics, infinitesimal calculus, and geometry in order to refashion cultural and aesthetic discourse. Drawn to the austerity and muteness of mathematics, these friends and forerunners of the Frankfurt School found in mathematical approaches to negativity strategies to capture the marginalized experiences and perspectives of Jews in Germany. Their vocabulary, in which theory could be both mathematical and critical, is missing from the intellectual history of critical theory, whether in the work of second generation critical theorists such as Jürgen Habermas or in contemporary critiques of technology. The Mathematical Imagination shows how Scholem, Rosenzweig, and Kracauer’s engagement with mathematics uncovers a more capacious vision of the critical project, one with tools that can help us intervene in our digital and increasingly mathematical present.