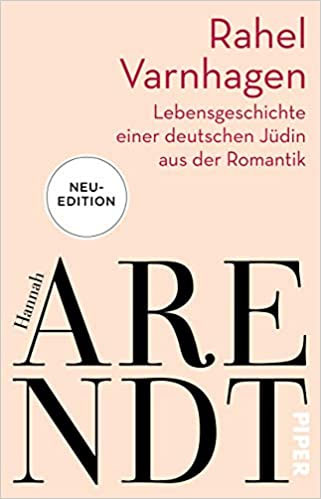 In Fall 2020, Hannah Arendt’s German publisher, Piper Verlag, has begun to reissue Arendt’s works in a new Studienausgabe, supervised by Thomas Meyer. Liliane Weissberg has been responsible for the volume on Rahel Varnhagen: Lebensgeschichte einer deutschen Jüdin aus der Romantik that has just appeared; Weissberg added an extensive afterword to the edition that discusses Arendt’s early concept of Jewish assimilation as well as the history of this book. The German text was published with Piper first in 1959; Weissberg published a critical American edition of this book in 1997.