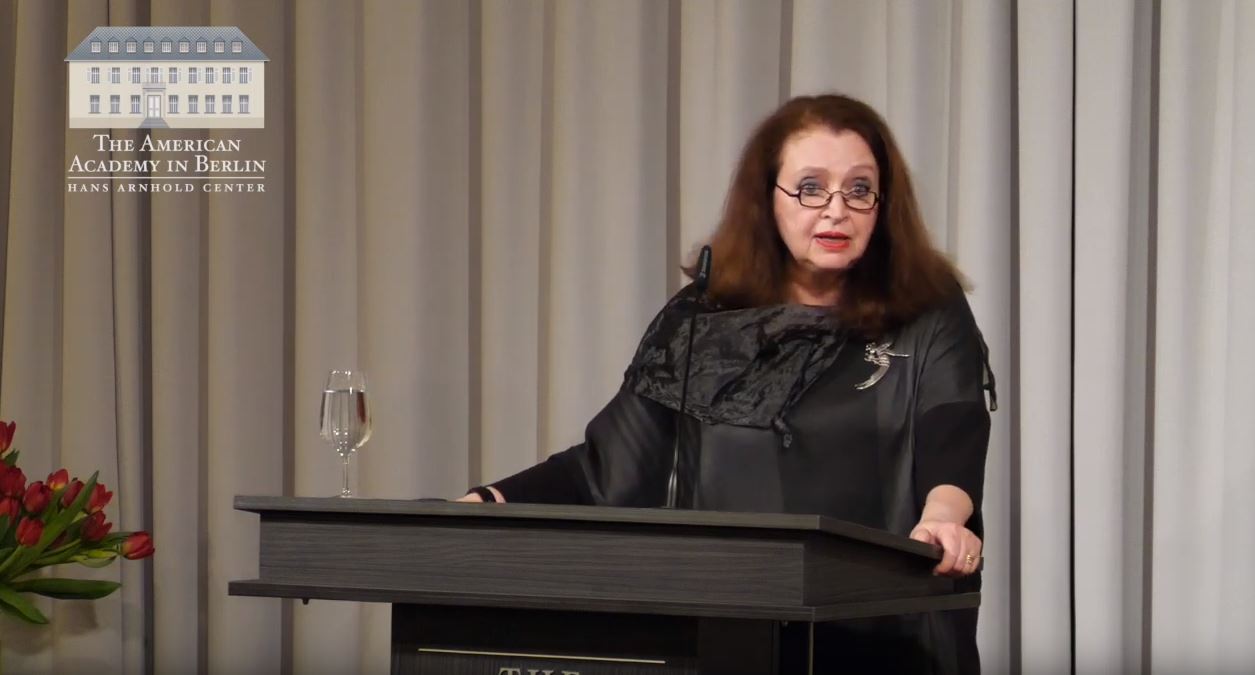 Dr. Liliane Weissberg, the Christopher H. Browne Distinguished Professor in the School of Arts & Sciences and a standing faculty member of our department, has been recognized as the Anna-Maria Kellen Fellow at the American Academy in Berlin.

Weissberg, alongside other fellows of the Academy's spring 2020 cohort, were introduced on January 28 by former American Ambassador to Germany John Kornblum. During the event, Weissberg delivered a speech on her upcoming work with the Academy, through which she will focus on the postcard as a medium of thought and art. She will "trace the postcard's history and impact in philosophy and the arts during the time of its golden age from the late nineteenth century to the 1920s."

A video of the night's presentations, including Weissberg's (at 20:21), is available here on the Academy's YouTube channel.