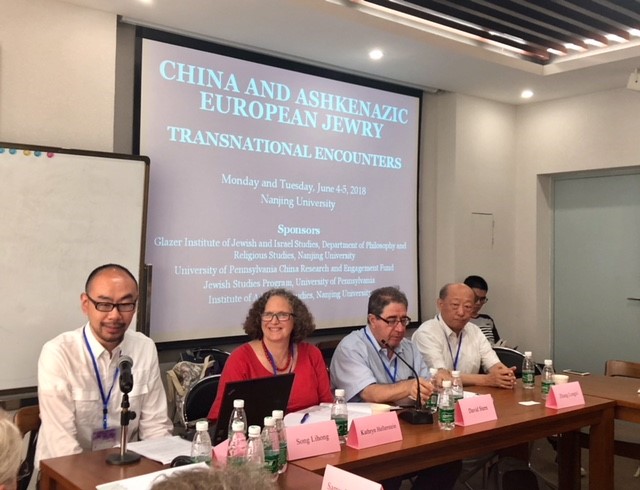 The June 2018 International Conference, “China and Ashkenazic European Jewry: Transnational Encounters,” aims to deepen discussions of how Jewish and Chinese cultures have been enriched by the points of contact between peoples and nations, which arise with the translation of literature, philosophy, and other humanistic texts.  This conference is the first to focus on the transnational cultural exchange specifically between Ashkenazic Jewry and China.  It aims to provide a unique opportunity to investigate such translation, both from the languages and cultures of Ashkenazic Jewry into Chinese, and from Chinese into those Jewish languages and cultures.  As well as looking at cultural ramifications of texts and translations, the conference also intends to highlight the roles played by actual, personal contact between Jews from Central and Eastern Europe and Chinese people in China during the turbulent decades of the mid-twentieth century.  We hope that the papers, presented by scholars from a range of disciplines (literature and translation, history, sociology, religious studies) based in China, North America, Europe, and Israel, will lead to a cross-disciplinary dialogue that will open new ground for understanding how cultures and peoples so different have found ways to communicate and will illuminated where such communication becomes problematic.  Such an investigation of how people talk to each other through translation has profound implications for our contemporary global society.