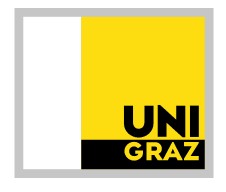 Liliane Weissberg taught as Kurt Brühl Visiting Professor at the Center for Jewish Studies in Graz in Spring 2007. Since then, she has returned to Graz several times to present a paper, participate in a meeting, or serve on a committee. This past October, the faculty of the University of Graz decided to offer Weissberg its highest recognition: an honorary degree.
The Karl Franzens Universität Graz, founded in 1585, is Austria’s second oldest university; it has begun to offer honorary degrees in 1927. Weissberg’s name will be added to a distinguished list of scholars, artists, scientists, and Nobel Prize laureates such as Elias Canetti, Walter Sokel, Carl Schorske, and Michael Haneke. Because of corona, the official ceremony has been delayed and is now scheduled for July 6, 2022. Weissberg will become the first woman to carry the University's title, doctor philosophiae honoris causa.