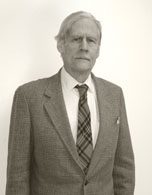 In recent years Lloyd has been spending most of his time directing the long-term project of writing the first etymological dictionary of Old High German, which will consist of 8 or 9 volumes when completed by mid-century (he and his team are currently working on volume 4: G, H). Although this will certainly be regarded as the most significant work of his career, he has always had a special affection for a book he wrote in 1979, which presented verbal aspect in an entirely new light (and which had the longest title of anything he ever wrote): Anatomy of the Verb: The Gothic Verb as a Model for a Unified Theory of Aspect, Actional Types, and Verbal Velocity.