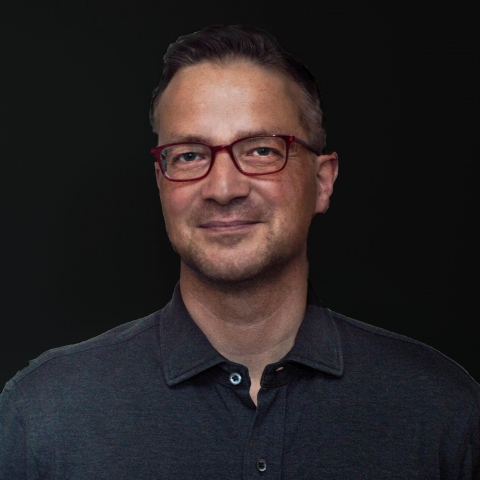 André Dombrowski’s research and teaching center on the arts and material cultures of Germany and France, and their empires, in the mid to late-nineteenth century. He is particularly concerned with the social and intellectual rationales behind the emergence of avant-garde painting in the 1860s to 1880s, including Impressionism, as well as the artistic exchanges between Paris, Berlin, and Munich in the period. Committed to interdisciplinary inquiry, he places the development of modern art firmly within the histories of technology, science, sexuality, and psychology. He has written books and articles on such crucial artists of the period as Paul Cézanne, Édouard Manet, Claude Monet, Edgar Degas, Adolf von Menzel, Hans von Marées, and Carl Spitzweg, to name but a few.

Winner of the Phillips Book Prize from the Center for the Study of Modern Art at the Phillips Collection in Washington DC, Prof. Dombrowski is the author of Cézanne, Murder, and Modern Life (University of California Press, 2013). The book analyzes Cézanne’s early scenes of murder and sexual violence through the lens of pre-Freudian definitions of desire and instinct. He is currently completing a second book, tentatively entitled Instants, Moments, Minutes: Monet and the Industrialization of Time, which studies the relation between the impressionist “instant” and the histories of modern time-keeping (chapters will focus, for instance, on “reaction time” and the birth of Impressionism; Impressionism’s “now time” and “labor time;” as well as the advent of “legal” and “universal” time in the 1880s and their effect on the serried order of Monet’s later work). Much of this research is taking him into the labs of the German (psycho-)physiologists Helmholtz, Fechner, and Wundt.

Prof. Dombrowski joined the history of art faculty at Penn in 2008, after receiving his Ph.D. from UC Berkeley in 2006, and holds an M.A. from the University of Hamburg and another from London’s Courtauld Institute of Art. He taught at Smith College from 2005 to 2008. A predoctoral fellow at CASVA, a DAAD fellow, a recipient of a two-year fellowship from the Gerda Henkel Stiftung in Düsseldorf, Professor Dombrowski was awarded a J. Paul Getty Postdoctoral Fellowship for 2008-09 and membership in the School of Historical Studies, Institute for Advanced Study in Princeton for 2012-13. At the University of Pennsylvania, Prof. Dombrowski currently serves as the chair of the advisory committee to Penn’s Arthur Ross Gallery and convenes the LGBTQA faculty diversity working-group.


For more information about his publications and teaching, see the Department of the History of Art website:

Art and material culture of France, Germany and Britain in the mid to late nineteenth century, with an emphasis on cross-national developments in the histories of science, politics, psychology, and sexuality.