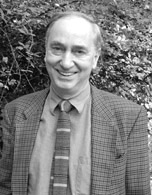 Frank Trommler has been a member of the Department of Germanic Languages and Literatures at the University of Pennsylvania since 1970, first as an associate professor, since 1974 as a full professor. He has taught courses in German language, literature and culture in the nineteenth and twentieth centuries and, since 1985, also in Comparative Literature. He chaired the Department in 1980-86 and several times since 1994 as acting chair. In 1996-2000 he also served as acting chair of Penn’s Department of Slavic Languages.

A Guggenheim Fellow in 1984/85, Trommler was President of the AATG chapter Philadelphia in 1986-1990, President of the German Studies Association in 1991/92, and Director of the Humanities Program at the American Institute for Contemporary German Studies in Washington, DC, from 1995-2003. In 2004 he was awarded the Bundesverdienstkreuz by the President of the Federal Republic for his work in the field of American-German relations.

His publications include Roman und Wirklichkeit (1965), Sozialistische Literatur in Deutschland (1976), Die Kultur der Weimarer Republik (1978, with Jost Hermand, several reprints), America and the Germans (1985, also in German), Germanistik in den USA (1989), Thematics Reconsidered (1995), The Cultural Legitimacy of the Federal Republic (1999), Berlin: The new Capital in the East (2000), The German-American Encounter (2001, also in German), Weimars transatlantischer Mäzen: Die Lincoln-Stiftung 1927-1934 (2008). In 1995-2003 he edited fourteen volumes of the AICGS Humanities Series on Contemporary German Studies. A Festschrift in his honor appeared in 2004 under the title, The Many Faces of Germany, edited by John McCarthy, Walter Grünzweig, and Thomas Koebner.

In August 2014 he was invited to give the address at the 100th anniversary commencement of the Middlebury Language School which was founded by the German professor Lilian Stroebe at Middlebury College, Vermont, in 1915. The event united over a hundred MA and PhD graduates of the summer immersion programs in ten languages. Trommler received the honorary degree of Doctor of Modern Languages.