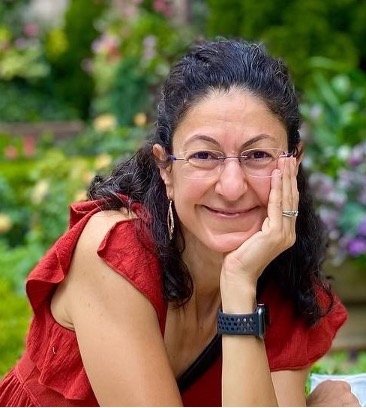 Sibel Sayılı-Hurley is Lecturer of Foreign Languages at the University of Pennsylvania. She earned her MA and PhD in Comparative Literature at Purdue University with a focus on Literary Theory, German Romanticism, and Victorian literature. She has taught a wide variety of courses in German language and literature and Comparative literature. She has taught all levels of German culture and language courses, as well as courses on non-western and transnational literature.

Sibel is the co-author with Claudia Lynn of a content-based, intermediate German textbook, Bewegungen: Contemporary Social, Cultural, and Political Movements in the German-Speaking World, currently piloted at the University of Pennsylvania, which won the SAS Language Teaching Innovation Grant First Place Award in 2016. In April 2018, Sibel and Claudia Lynn have been awarded The Sachs Program For Arts Innovation Grant for their project Language, Culture and Contemporary Art (https://sachsarts.org/), which is developing an arts-integration based pedagogy. Sibel was an Andrew W. Mellon Fellow at the Price Lab for Digital Humanities for 2018-2019, and was a co-recipient of the Price Lab Project Incubation Grant, which supported the integration of Digital Humanities tools to facilitate learning in the language and culture classroom.

Sibel has given invited lectures and workshops on various topics at various institutions and has been a presenter at national and international conferences, such as the International Conference on Romanticism, the Annual Meeting of the Semiotic Society of America, the German Studies Association Conference, the American Council on the Teaching of Foreign Languages Convention, the Northeast Modern Language Association Convention, and the Northeast Association for Language Learning Technology.