The Arthur M Daemmrich and Alfred Guenther Memorial Prize is awarded every year to a graduate student or students for outstanding achievement in German and Comparative Literature. 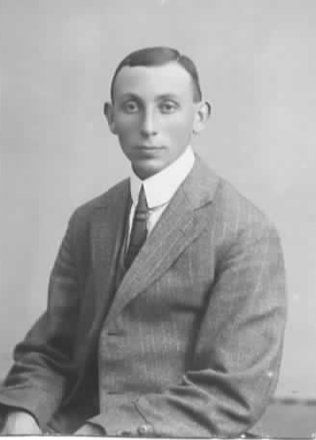 Arthur Moritz Dämmrich (1893-1967) belonged to a generation that experienced two world wars, the Great Depression, the rise to power of the Nazis and their obliteration of Germany’s cultural heritage, the Holocaust, the occupation by Soviet troops, the formation of two political states, the creation of the wall in Berlin and along the border to the west, and the final reunification of the country. 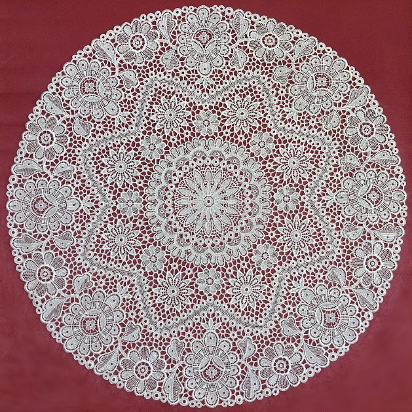 He was a POW in Russia in WWI, established a company that manufactured the famous lace known as Plauener Spitze, (see photo), saw his export business ruined by German trade policies, was drafted again at the age of 51 and served until April 1945 when he was taken POW by American soldiers who mercifully released all captives over 50 years of age in June. He merged his business with an East-German production consortium and worked until he died of cancer in 1967. His understanding of history was straight forward: If you do not understand history, you have no future. He was fluent in Dutch, French, German and Russian, and always found time for his favorite authors: Albert Camus, Thomas Mann, Bertolt Brecht, and William Faulkner. 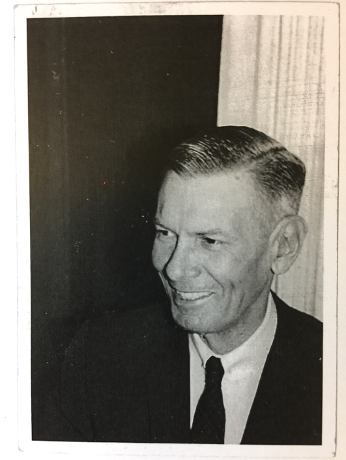 Alfred Guenther (1904-1967) was a chemist who was deferred from service during WW2 by the American Army because he did classified research. He earned an MA from MIT in 1930 and a Ph.D. from the Albert-Ludwigs Universität Freiburg. He was vice president at Bayer, General Aniline GAF, and Farbwerke Hoechst. Despite a demanding schedule at work, overseeing extremely difficult color-dye processes, he found time to read and study Daoism, as well as the philosophical writings of Kant, Schopenhauer, and Nietzsche. He devoted much of his free time to learning about existentialism, Lessing, Goethe, Schiller, and Sartre.

Horst Daemmrich taught German and Comparative Literature at the University of Pennsylvania from 1981 until 1998, while Ingrid Daemmrich was professor of English and Literature at Drexel University. Horst was a popular and beloved teacher, famous for his course on “Mann, Hesse, Kafka.” In 1990 he received the College’s most coveted teaching prize, the Ira Abrams Award. Horst and Ingrid were a formidable academic team, especially in furthering the theory and research of motifs and themes in literature. After Horst authored Wiederholte Spiegelungen: Themen und Motive in der Literatur (1978), the two together produced Themes and Motifs in Western Literature (1987), published simultaneously in German, which went on to become a widely used handbook in North America and Germany. In 1994, Horst published a magisterial two-volume work called Spirals and Circles: A Key to Thematic Patterns in Classicism and Realism. In 1995, an array of prominent literary scholars published a festschrift, Thematics Reconsidered: Essays in Honor of Horst S. Daemmrich. Just as Horst and Ingrid set an example over the decades of sustained scholarly partnership, Horst has been a model of scholarly fortitude. In 2017, shortly before Ingrid’s death, Horst published Vergangenheit: Perspektiven in der deutschsprachigen Literatur, a profound and compendious account of the ways in which a multitude of contemporary authors have encountered and recalled German history from  World War II through unification. In July 2020, at 90 years of age, Horst published yet another book, Sinnsuche und Krise: Thematische Grundkonzeptionen in der deutschsprachigen Gegenwartsliteratur, probing the ways in which contemporary authors try through narrative means to orient themselves in a disorienting world, with an attribution of posthumous co-authorship to Ingrid. At the time of this writing, Horst is working on his next book project.