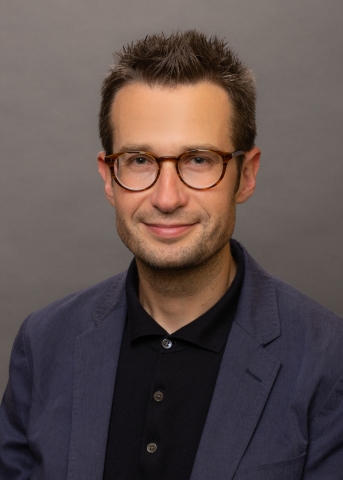 Javier Samper Vendrell is Assistant Professor of German and affiliated faculty in the Program in Gender, Sexuality, and Women’s Studies. His research focuses on LGBTQ history, literature, film, television, and print culture in Germany since 1890. His first book, The Seduction of Youth: Print Culture and Homosexual Rights in the Weimar Republic, was published in 2020 by the University of Toronto Press. The book is part of a body of growing interdisciplinary cultural studies that address the production of non-normative sexual identities, the history of homophobia, and the relationship between mass culture and politics. In particular, it investigates the wide-spread belief at the time that homosexuals were cunning seducers of youth and how those within the homosexual emancipation movement reacted against this pervasive homophobic trope. In addition, Samper Vendrell has published articles in The Germanic Review, German Studies Review,  Journal of the History of Sexuality, The German Quarterly, and German Life and Letters on topics such as Weimar cinema; the queer history of the Holocaust; adolescent sexuality in the early twentieth century; and queer utopia. His immediate and future research maintains this focus on LGBTQ studies, interdisciplinary research on adolescence, print culture, and cultural history in Germany with a global outlook.

His current book project examines how male nude photography has played a role in shaping homoerotic desire since the late nineteenth century. The youthful, lean body and its representation of the past became ideals, and cruel reminders of what could not be attained or recovered. Like homoerotic desire in the nineteenth century, these photographs represent a yearning—the impossibility of same-sex love. Yet these images are also entangled in other discourses central to the nineteenth century: race. Samper Vendrell seeks to explore how male same-sex desire and race, especially whiteness, are entangled in the photographic representation of the naked male body. The fantasies male nude photography created cannot be separated from racist discourse and from the racist assumptions and prejudice of the same-sex desiring men who looked at them. These photographs contributed to a racialization of homoerotic desire: the youthful, muscular, white male body became the standard of beauty and the ideal love object. By identifying this ideal object of desire, white gay men reencountered their own whiteness. The effects of this racialized visual discourse continue to be felt until this day. 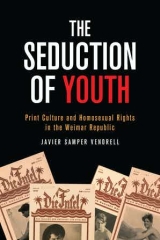