The Seduction of Youth: Print Culture and Homosexual Rights in the Weimar Republic

A simple man from the provinces, Friedrich Radszuweit merged popular culture, consumerism, and politics as the leader of the League for Human Rights, Germany’s first mass homosexual organization. The Seduction of Youth is the first study to focus on the League and its leader, using his position at the centre of the Weimar-era gay rights movement to tease out the diverging political strategies and contradictory tactics that distinguished the movement.By examining news articles and opinion pieces, as well as literary texts and photographs in the League’s numerous pulp magazines for homosexuals, Javier Samper Vendrell reconstructs forgotten aspects of the history of same-sex desire and subjectivity. While recognizing the possibilities of liberal rights for sexual freedom during the Weimar Republic, the League’s "respectability politics" failed in part because Radszuweit’s own publications contributed to the idea that homosexual men were considered a threat to youth, doing little to change the views of the many people who believed in homosexual seduction – a homophobic trope that endured well into the twentieth century. 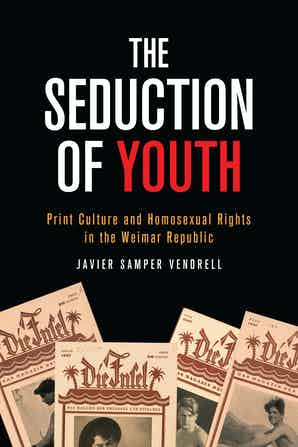