Before the sixteenth century, no one had seen the Greek statue, the Laocoon, since antiquity, but popular aesthetic judgment insisted that it was an ideal work of art, the unapproachable model for imitation and aspiration. When in 1506 a vintner found the statue just outside Rome, the contradiction between the ideal and the reality was readily apparent; the statue depicted not a vision of beauty, but the representation of a body in pain.

Since the eighteenth century, the Laocoon has been at the crux of German aesthetics. Laocoon's Body and the Aesthetics of Pain examines the writings of Winckelmann, Lessing, Herder, Moritz, and Goethe, and seeks to discover what drew these theorists of classical beauty to the statue's representation of pain. The book examines the contradictions in and between their respective understandings of the Laocoon. Taking his cue from the original texts, Richter sets the primary aesthetic discourse against the foil of the unexpected discourse networks. His reading of Winckelmann unfolds against the eighteenth-century culture of castrati. He shows Herder and Goethe winning important insights from the physiological experiments of Albrecht von Haller. In every case, the fundamental dichotomy of pain and beauty is shown to lie at the heart of both the statue and the discourse that concerns it.

Richter argues that the relation of pain and beauty is crucial to the various versions of classical aesthetics that were developed in the last half of the eighteenth century. According to the author, there is no question that the Laocoon statue represents a body in pain. Nor is there any reason to decide if the Laocoon is a beautiful work of art. The single important fact is that eighteenth-century Germans since Winckelmann theorized the statue as beautiful and, in the course of their thinking, were obliged to deal with the question of pain in one way or another, even if by some strategy of avoidance. Richter's thesis is that the classical aesthetics of beauty is at the same time, and even more, an aesthetics of pain. 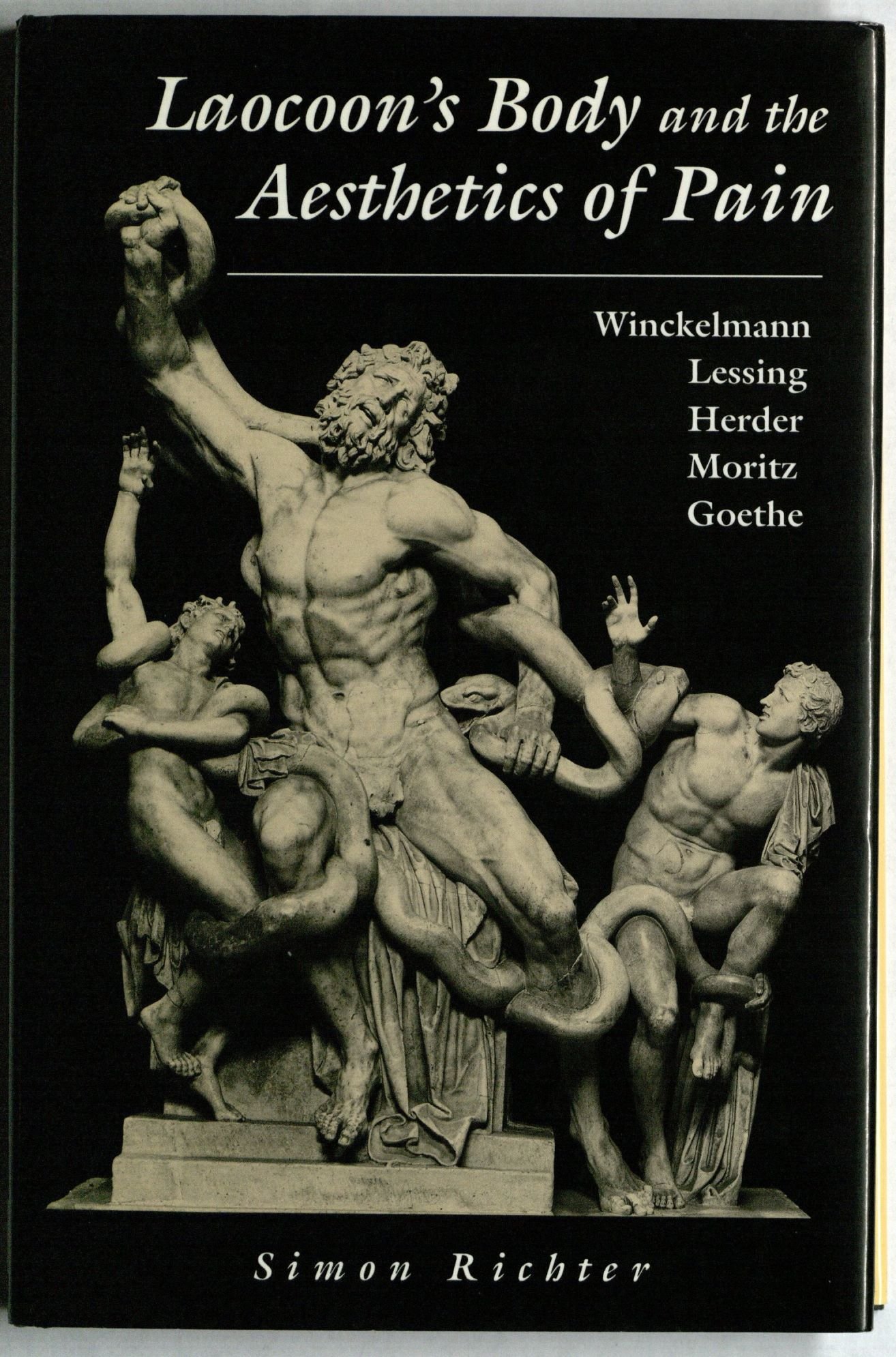