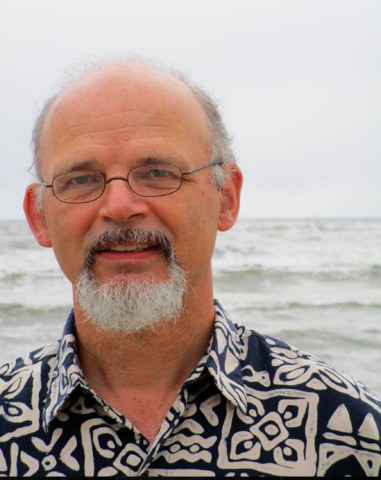 Simon Richter is Professor of Germanic Languages and Literatures and member of the Graduate Groups in Comparative Literature, Perry World House faculty fellow and faculty fellow of the Penn Institute of Urban Research, faculty advisory board member of the Water Center at Penn and affiliated with the Programs in Cinema Studies, Environmental Humanities, and Gender, Sexuality, and Women's Studies. Courses he has recently taught include: “Water Worlds: Cultural Responses to Sea Level Rise and Catastrophic Flooding”; "Forest Worlds: Mapping the Arboreal Imaginary"; "Writing in Dark Times"; "Erinnerungsorte/Places of Memory"; and "Floating/Sinking: Phenomenologies of Coastal Urban Resilience." From 2014-2019, Richter directed a hybrid online/study abroad course called "Comparative Cultures of Sustainability in Germany and the Netherlands," which involved an intensive study visit to Berlin and Rotterdam. Click here for a short video about the program, read an article about the program in Omnia, or read about a visit to a floating farm in Rotterdam.

Simon's research focuses on cultural aspects of the climate emergency, especially with regard to resilience, adaptation, and sustainability in Germany, Indonesia, the Netherlands, and the United States. As an environmental humanist, Richter engages in activities that blur distinctions between traditional scholarship, urban design, and environmental activism. In 2018/19, he was a member of One Resilient Semarang, an international team of urban designers, hydrological engineers, ecologists, and urban and environmental activists from Indonesia, the Netherlands and the United States. One Resilient was one of two winners in the Water as Leverage urban design competition for Semarang, Indonesia, a coastal city in Northern Java that is rapidly subsiding and facing numerous water challenges. As an "embedded humanist," Simon provided intercultural expertise and critical and creative feedback about the design process. He blogged about the role of storytelling in international policy and design transfer for the IHE Delft Institute for International Water Education: "The Dutch International Water Sector Needs Storytellers." In 2020, he joined One Architecture's team in the Resilience by Design program for the Metropolitan Region of Amsterdam.  For a statement on this new pragmatic direction in the environmental humanities, read "Wissenschaft in the Age of Sea Level Rise: What Water Teaches." In "The Translation of Polder: Water Management in the Netherlands and Indonesia," Simon does a deep dive into the cultural history of the polder. As Poldergeist, he tweets about life below sea level.

At Penn, Simon is a "climate emergency gadfly." His goal is to raise awareness about the climate emergency and to motivate people and institutions to take unprecedented action. Along with other faculty and students, he argues for the inclusion of the climate emergency as a fundamental starting point for all education. In September 2019, he organized a series of twenty 1.5 Minute Climate Lectures. Click here for a short video mashup. In September 2020, he worked with a team of students, staff and faculty to organize the first ever Climate Week at Penn. You can read about it here. Simon is a member of the faculty senate committee on the institutional response to the climate emergency. He co-authored Bring it Home: Practical Ways for Penn Faculty and Staff to Respond to the Climate Emergency.

In order to extend the impact of his research on climate adaptation in the Netherlands, Simon has started to experiment with producing short animated videos that throw light on controversial and concealed aspects that stand in the way of progress. Working with a team of three undergraduate animators, Simon launched the first Poldergeist Project video "How much of the Netherlands is below sea level?" in September 2021. The video circulated widely on Dutch social media and received a considerable boost when Simon was the subject of an online news article. Penn Today reported on the project here.

Before taking the environmental turn, much of Simon's research was focused on the history of the body; gender and sexuality; and media in German and Dutch culture from the eighteenth-century to the present. Women, Pleasure, Film: What Lolas Want, a typology of the Lola film from Marlene Dietrich to Franka Potente and beyond, was his most recent book. (Click here for an article about Richter's book.) Other books include Missing the Breast: Gender, Fantasy and the Body in the German Enlightenment and Laocoon's Body and the Aesthetics of Pain. His 1996 article on "The Ins and Outs of Intimacy: Gender, Epistolary Culture, and the Public Sphere" won the Max Kade Prize for Best Article in the German Quarterly. Unwrapping Goethe's Weimar: Essays in Cultural Studies and Local Knowledge (co-edited with Susanne Kord and Burkhard Henke) appeared in late 1999 in conjunction with the 250th anniversary of Goethe's birth. Richter also edited volume seven of the Camden House History of German Literature, The Literature of Weimar Classicism (2005). A brief version of his introduction to this volume is accessible online in The Literary Encyclopedia. Camden House published Goethe's Ghosts: Reading and the Persistence of Literature, a festschrift for the esteemed Goethe scholar Jane Brown, co-edited with Richard Block, in 2013. His article on "Goethe's Faust and the Ecolinguistics of <Here>" is in German Ecocriticism in the Anthropocene (2017). He has published articles in the areas of history of medicine, LBQT studies, gender studies, film studies, aesthetics, opera and literature, German foodways, cinema studies, cultural studies, environmental humanities, Nazi-era and postwar literature, and on authors such as Sophie von La Roche, Theresa Huber, Caroline von Wolzogen, Sophie Mereau, Winckelmann, Lessing, Heinse, Herder, Goethe, Moritz, Schiller, Wilhelm von Humboldt, Hegel, Eichendorff, Habermas, Max Frisch, Fritz von Unruh, Gerard Reve, Boudewijn Büch and Rammstein.

Simon is an enthusiastic undergraduate and graduate teacher. He was awarded the Ira H. Abrams Memorial Award for Distinguished Teaching in 2008. Students in "Writing in Dark Times" worked with Richter to prepare a pop-up book exhibition using the unique Nazi-era holdings of Penn's Special Collections that was profiled in Omnia. In summer 2005 and 2006 he initiated and directed “The Graduate School Experience,” a program designed to give a select group of rising juniors from colleges and universities a foretaste of graduate studies in German. This program was cosponsored by the DAAD and the Max Kade Foundation and continues in rotation among a handful of universities, returning to Penn in 2016 and 2018. Simon is the past president of the Goethe Society of North America, a lively organization that prides itself in cultivating younger generations of Goethe scholars, and former editor of the Goethe Yearbook. He serves on the editorial board of the Periodical of the English Goethe Society and the International Journal of Global Community. He has served on the editorial board of German Quarterly, Eighteenth-Century Studies, and The Journal of the History of Sexuality.

Simon speaks Dutch and German fluently and has intermediate competence in Indonesian. He is a past recipient of fellowships from the Alexander von Humboldt Foundation and the ACLS among others.

Member of Graduate Group in Comparative Literature, Affiliate Faculty Member in Cinema and Media Studies; Gender, Sexuality and Women's Studies; and the Penn Program in Environmental Humanities, Faculty Fellow at the Penn Insititute for Urban Research and Perry World House. 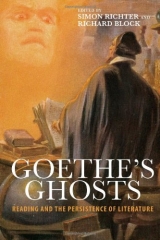 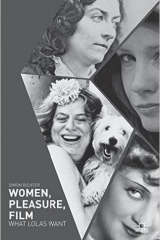 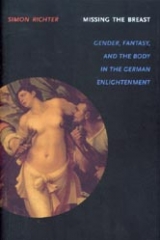 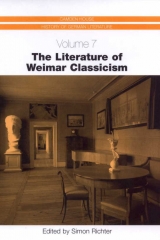 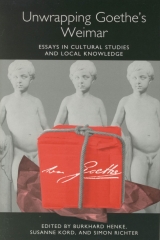 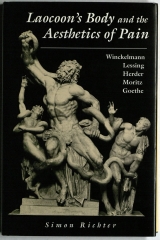