The Literature of Weimar Classicism

New essays providing an account of the shaping beliefs, preoccupations, motifs, and values of Weimar Classicism.

In Germany, Weimar Classicism (roughly the period from Goethe's return to Germany from Italy in 1788 to the death of his friend and collaborator Schiller in 1805) is widely regarded as an apogee of literary art. But outside of Germany, Goethe is considered a Romantic, and the notion of Weimar Classicism as a distinct period is viewed with skepticism. This volume of new essays regards the question of literary period as a red herring: Weimar Classicism is best understood as a project that involved the ambitious attempt not only to imagine but also to achieve a new quality of wholeness in human life and culture at a time when fragmentation, division, and alienation appeared to be the norm. By not succumbing to the myth of Weimar and its literary giants, but being willing to explore the phenomenon as a complex cultural system with a unique signature, this book provides an account of its shaping beliefs, preoccupations, motifs, and values. Contributions from leading German, British, and North American scholars open up multiple interdisciplinary perspectives on the period. Essays on the novel, poetry, drama, and theater are joined by accounts of politics, philosophy, visual culture, women writers, and science. The reader is introduced to the full panoply of cultural life in Weimar, its accomplishments as well as its excesses and follies. Emancipatory and doctrinaire by turns, the project of Weimar Classicism is best approached as a complex whole. 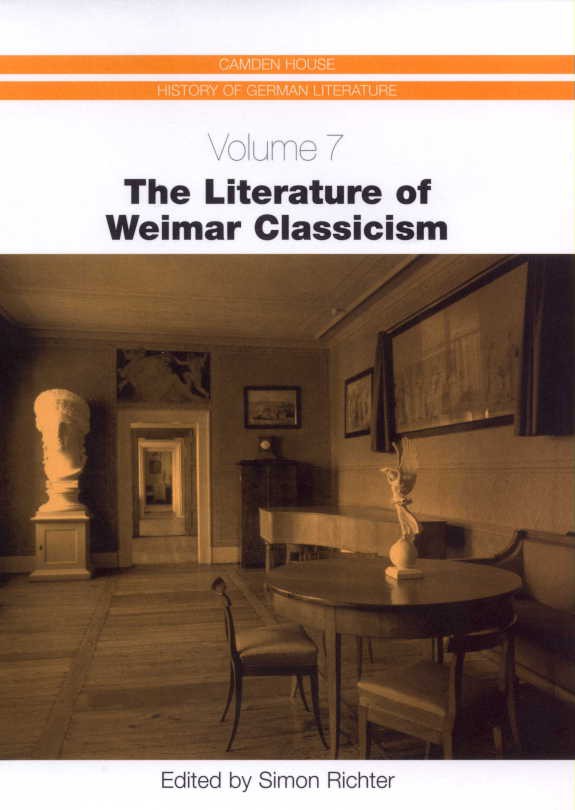